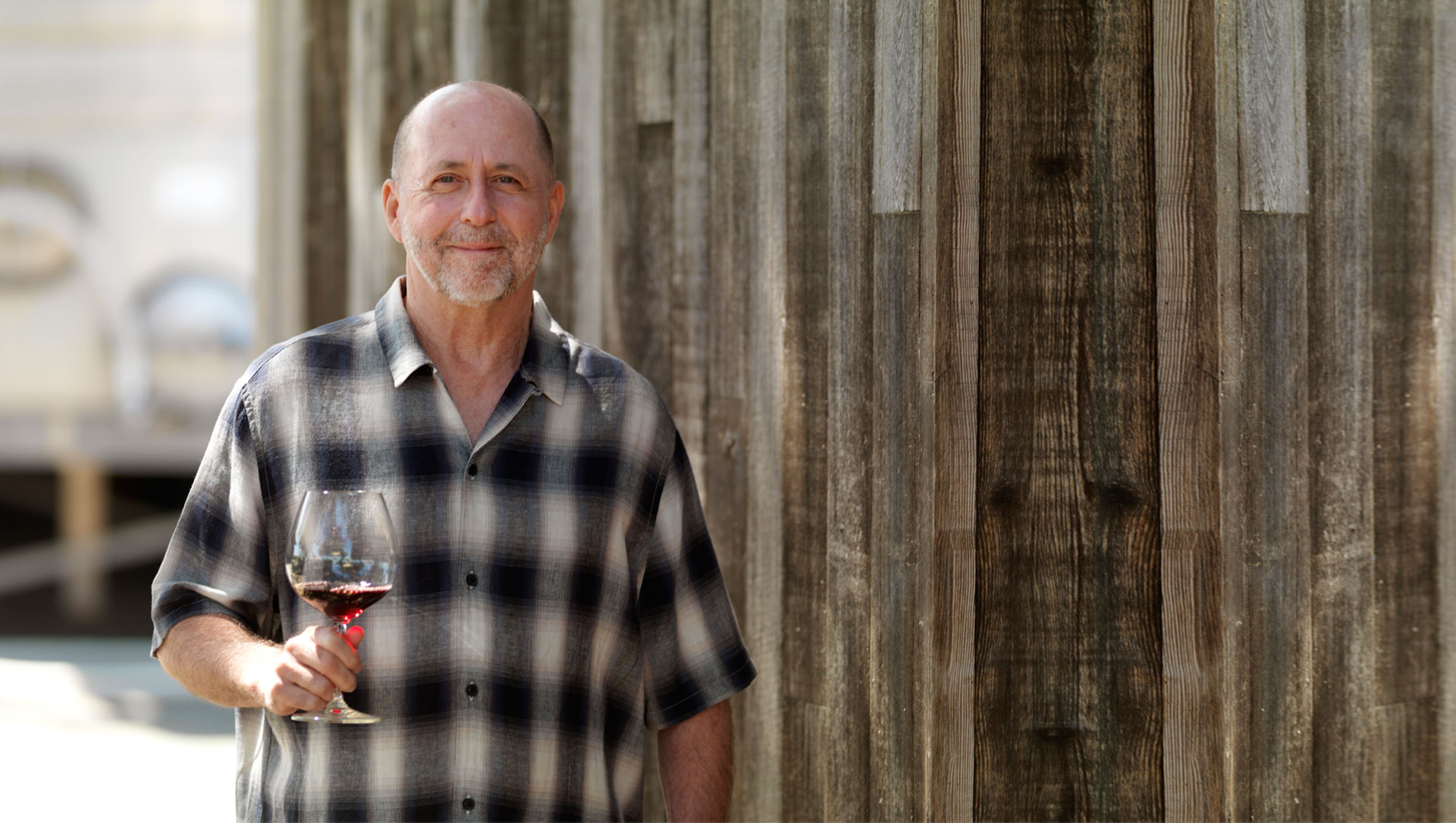 A California native, Gary grew up at the beach near the Los Angeles/Orange County border in Southern California. During a four year stint in the ski industry, he started working evenings in restaurants; waiting tables and tending bar. Eventually, promoted to bar manager and taking over responsibility for the beverage program for a successful chain of restaurants and nightclubs. This is where his interest in and appreciation for fine wine began.

His restaurant tenure segued into eight years at the wine distribution level in sales and management. That experience led him to the supplier side of the wine business. After two years as a Central Region Sales Manager for two Napa Valley wineries, he spent the next seventeen years moving his way up and through three different positions at The Hess Collection Winery; starting as the Central Division Manager, then the Vice President of Sales and Marketing, and finally President.

In January 2013, he joined Richard Ward and David Graves at Saintsbury and was tasked with repositioning and rebranding the iconic, Carneros based Burgundian varietal producer.

Gary lives in Northern California’s Sonoma County. When not traveling the country talking about and selling Chardonnay and Pinot Noir, he enjoys mountain biking, skiing with his adult children, surfing with his “old guy” mates and cheering on his beloved Chicago Cubs 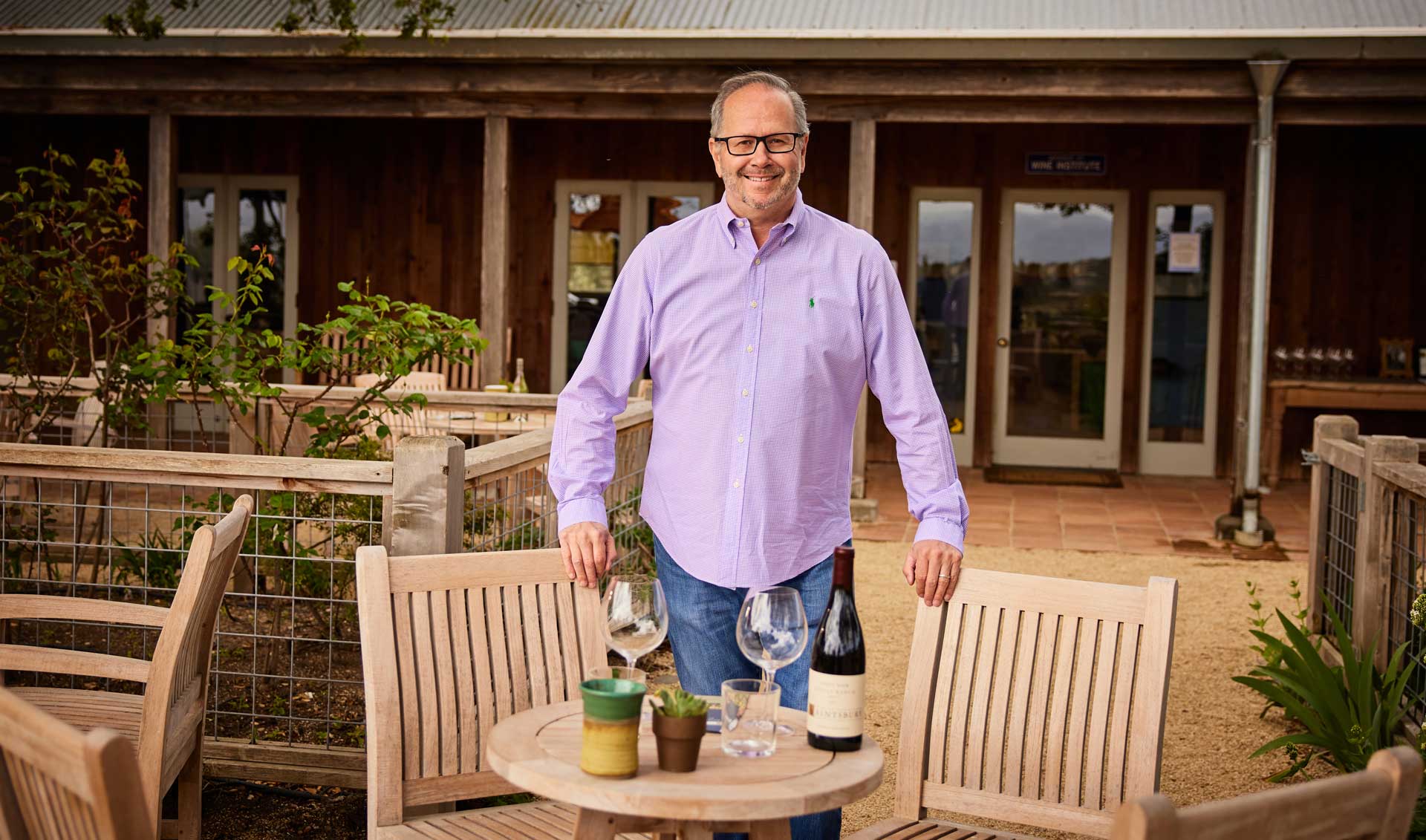 A true hospitality professional, Terry began his career in the hotel industry. After working a summer job at the world-renown 5-Star Broadmoor Hotel in Colorado Springs, he fell in love with the concept of food and wine pairing, and the lifestyle that goes along with it. “To really understand and appreciate food and wine as art, you have to either be born into that lifestyle or work in that industry. I was born into a military family so my love of food and wine was sparked by my first job as a busser at The Broadmoor Hotel.” It was here that Terry tasted his first well-crafted wine – a bottle of 1976 Jordan Cabernet, setting the stage for an illustrious food and beverage career in the hotel world.

Terry was promoted through the ranks at The Broadmoor, hosting presidents and dignitaries from around the world. He would continue to hone his hospitality skills with positions at the Ritz-Carlton Hotel Company and The Park Hyatt San Francisco before becoming Food and Beverage Director for The Silverado Resort and Spa in Napa Valley. He jumped into the community, serving on the Queen of the Valley Foundation Board of Trustees, coaching Little League baseball, and CYO and AAU basketball, as he and his wife raised their two children here.

When Silverado was purchased in 2010, and a new management company was brought in, it seemed a natural next chapter for Terry to take his extensive hospitality experience into the wine industry.

Prior to coming to Saintsbury in 2018, Terry was Hospitality Manager at Stag’s Leap Winery and Estate Director at Pine Ridge. While he learned a great deal and enjoyed those positions, he always wanted to be part of a team at a “small pinot house,” so fate brought him to Saintsbury where he now inspires and leads our hospitality team. In his free time, Terry enjoys cooking, traveling, trying new restaurants and spending time with family. 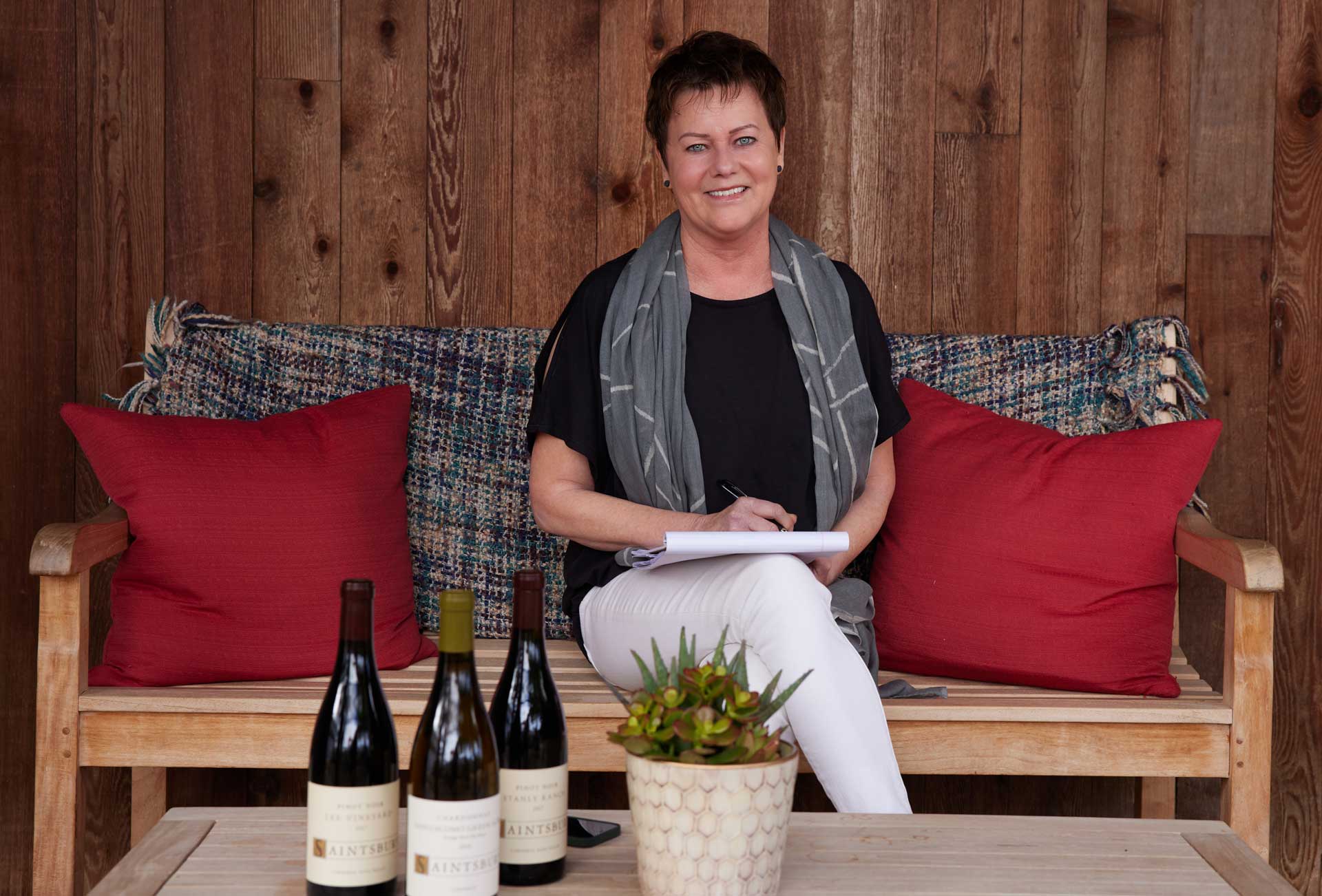 Since graduating from UC Davis in 1985, Virginia has enjoyed a long and storied career in historic Napa Valley wineries. Beginning at Robert Mondavi Winery, she learned the fundamentals of winery hospitality and customer service. She joined the team at Saintsbury in July of 1992 and has been the keeper of the flame for the winery's culture ever since. In her time with our founders, Dick & Dave, she expanded her horizons to encompass Wine Club management, export logistics, and wholesale sales support. Many Wine Club members have developed excellent relationships with her during their tenure, and she remains the chief historian at the winery. Her lovable dog Buster is always a welcome visitor with guests.